Masses of individuals took motion on Sunday, June 7 as a part of Shifting Day® DC. 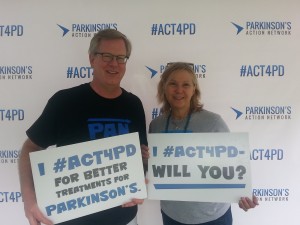 PAN joined the Nationwide Parkinson Basis (NPF) to carry Shifting Day®, a amusing and provoking fundraising match that unites households, buddies, and communities within the battle towards Parkinson’s illness, and highlights “motion” and workout as an emblem of hope and growth in treating Parkinson’s illness.

PAN’s sales space allowed individuals to do so by means of calling on Participants of Congress to reinforce the Advancing Analysis for Neurological Illnesses Act (H.R. 292/S. 849). Other people then posed for footage in PAN’s sales space to inspire others to behave for Parkinson’s illness.

You’ll view all of the footage on PAN Flickr web page or in finding footage by means of in search of #Act4PD on Fb, Instagram, and Twitter.